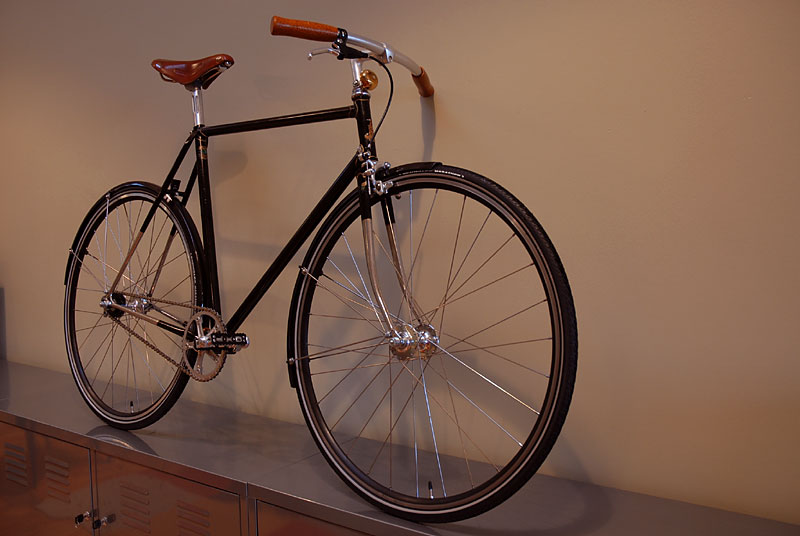 More photos of this bike at Cyclo Fiend

"When man invented the bicycle he reached the peak of his attainments. Here was a machine of precision and balance for the convenience of man. And (unlike subsequent inventions for man's convenience) the more he used it, the fitter his body became. Here, for once, was a product of man's brain that was entirely beneficial to those who used it, and of no harm or irritation to others. Progress should have stopped when man invented the bicycle."

- Elizabeth West, Hovel in the Hills